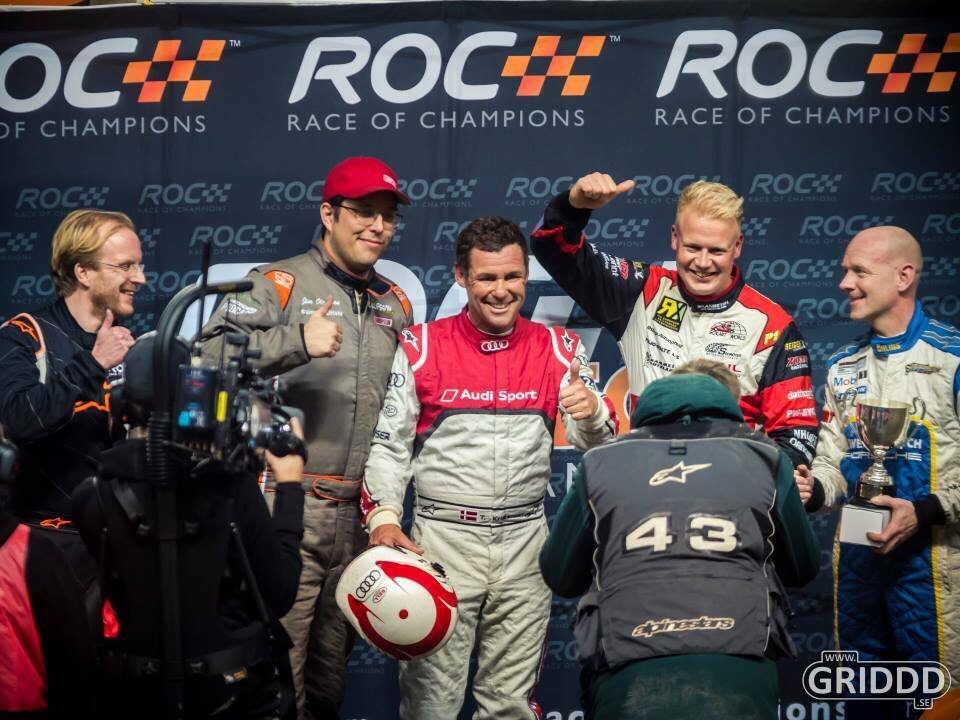 One of Ulrik Linnemann’s biggest dreams came true in the weekend. He won a direct battle against first 9-times Le Mans winner Tom Kristensen and afterwards against the multi-world champion of Speedway Tony Rickardsson. This sent him to the final against the swedish drifter Jim Olofsson, where Ulrik also got a victory.

Ulrik Linnemann owe it to his fans, because they voted him to the top in a competition against 19 other finalists from Scandinavia. It was an online votation that got to decide who got the big oppurtunity to participate in Race of Champions in Sweden against the big stars in front of 40.000 spectators.

Hopefully this victory will open up new possibilities for Ulrik Linnemann, so he can get on with his career as a professional racing driver.